In late 2017, when Oracle detailed its Autonomous Database Technology, DBAs were interrogating about the consequences of automated cloud environment. As the concern is not so specific a lot depend on the level to which Oracle autonomous database is being adopted by an organization, how management deals with the opportunities associated with it and the way DBAs respond to new challenges. The role and responsibilities of an Oracle DBA is changing and they need to adapt to the changes with a flexible mind set. 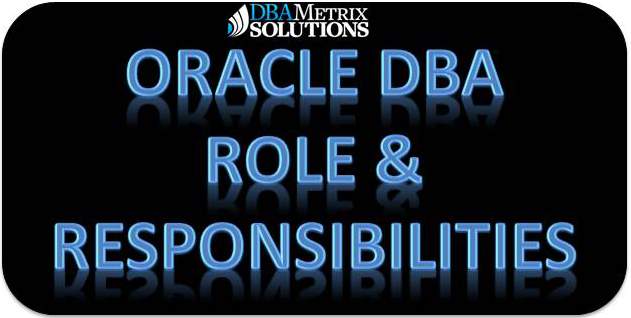 The daily operations of DBAs; like updating, tuning, patching or fundamental DBM tasks; has been reduced with the introduction of Autonomous database. The technology performs administrative procedures and the high level priorities like securing vital information, modelling data and increasing application performance are still in the hands of DBAs. It has been observed that automating has decreased the responsibilities of DBAs but at the same time it has reduced the expenditure at the customer’s end. Autonomous database merges Oracle Database 18c with machine learning algorithm and automated scripts. As there is no administrative control so there is no requirement of DBAs for common operations.

With the advent of Autonomous database, data stewards, developers and scientists can easily update and implement databases without involvement of DBAs and increasing productivity. As a part of initial Oracle Autonomous Data Warehouse Cloud service, a user can easily install a data warehouse which in turn is unpleasant for a DBA. Since database became more automated, companies that offer data management services could see down fall in their business.

However, there could be a scenario in which the data is corrupted or the autonomous Database service fails and there is no DBA available to help in recovery process. To provide resolution in this scenario and unavailability of DBAs, people look for high priced consultant.

There are many questions that have to be resolved before concluding that Oracle DBAs will be out of the picture. Such a big transition will take time. Apart from this, many organizations are not willing to use cloud services and want to handle sensitive data themselves. Organizations which have invested heavily on their existing Information Technology infrastructure are also not in a mood to switch to Autonomous Database technology. Many organizations have complex system and completely depend on DBA only.

When Oracle introduced 10g that time this kind of same rumor became viral that now there is no scope of Oracle DBA and Oracle cut off DBA role from Oracle 10g. In Oracle 10g there were lots of automatic tasks introduced. Thus people had the biggest headache that DBA life would not more. That time I already published so many articles that don’t panic because Oracle also introduced Automatic Storage Management ASM which grabbed storage administration tasks. It means in one hand Oracle introduced some automatic tasks for DBA and in another hand, Oracle increased storage management tasks. DBA tasks have never been cut down by Oracle.

The same thing is happening in the Oracle cloud database too. If you are working as Oracle Cloud DBA then you should need to maintain network security using firewall maintenance and you need to take care of migration process from in house to cloud database. Those are added tasks for you including general database administration, backup, tuning.

So do not panic, but keep in mind that you need to change your task as DBA.

Oracle Autonomous Database is regarded as an extension of an existing process and the role of DBA is swiftly moving to business centred considering data as the backbone. With this new technique of database management, new opportunities have been developed for an Oracle DBAs like managing and safeguarding data and increasing the performance of the application. For many clients and organization, this change is very difficult but is certain; DBAs should understand the scenario and should prepare themselves to be ready for the changes.

DBAs should grasp new skills; focus on current role, being receptive to new business. At the time of the introduction of Oracle Autonomous Database, DBAs were not aware of new responsibilities for them but now they have understood how to be in the lime light. Database Administrators have now increased their domain and are working exceptionally well as data engineers. They have shown their capabilities and flexibility, which is exceptionally good and have proved their existence in long run. Exclusive and professional remote Database services offered by Dbametrix with strong response time and high availability for important and critical Oracle databases. Expert remote dba team of Dbametrix is having wide experience to manage large and critical database with quick problem resolution.