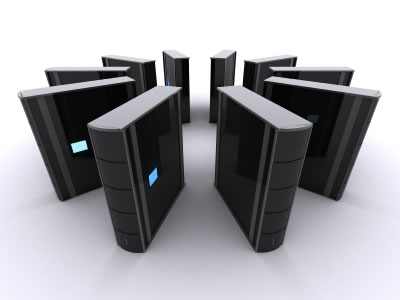 This article explains basic concept of Oracle VMWARE called Oracle VM. We go so many requests to publish this article on our web, due to this reason we are going to publish our first article on Oracle Virtualbox. This is very useful to learn something different then regular Database administration & Remote DBA Support.

Oracle VM Virtual Box 3.2 is a new application that provides the user with the possibility to run a guest operating system over a host operating system. It is mostly intended for Linux, Mac OS X and Windows. Before getting Oracle VM Virtual Box 3.2, there are some things you need to take in consideration. For example, you need know precisely whether you actually need it, so let's take a closer look at the situations that require this set.

First of all, just like its description says, Oracle VM Virtual Box 3.2 helps you if you want to try a new operating system, but you don't have the time or you don't actually want to configure partitions or change the order on your hard disks. Also, if you need to run an application that only works with Windows XP for example and you don't want to install Windows XP just for this reason, Oracle VM Virtual Box 3.2 is excellent to try. You may not want to purchase a Windows license or so just for one or two applications. This is very common for Linux users who at one point, they end up searching for alternative solutions for various software that doesn't provide a Linux version as well, but just a Windows one. Also, the harsh gamers often encounter such problems. If you work as software or as a game tester, you obviously don't want to ruin your host operating system with registry entries and such things, therefore Oracle VM Virtual Box 3.2 is what you need again.

In other words, you can have more virtual operating systems with almost the same functions as the real ones. This set comes with plenty of advantages for its users. Specialists and experts searched for solutions for these issues for years. Imagine the Linux users. You will never see Linux users keeping Linux just because they have to, but only because they want to. You can't same the same thing when it comes to Windows. Therefore, for those who might need Windows applications for work, Oracle VM Virtual Box 3.2 comes as a great asset.

There is also the possibility of configuring the resources used by the virtual system and files and folders partitioning between the host and the guest operating systems.

Oracle recently launched the 3.2 version for Virtual Box. This new version brings a few important optimizations, such as the new support version for the 3D Open GL graphics accelerator under Linux and Solaris, the Mac OS X 10.6 support or the support for the OVF and DTMF standards, with the one and only purpose of increasing the level of interoperability between the existing virtual environments.

When it comes to disadvantages, you can't really name any, but mostly a few gaps. Not everything from Windows is actually supported to Linux. And this is it. However, with every new version, new features are implemented as well. So sooner or later, this will be a full-advantages option.

Oracle VM Virtual Box 3.2 is free for home use, while you will have to purchase the business version.

In remote dba services, these type of Oracle errors are very critical to manage if you haven't access of some commands or not having more knowledge of operating system commands. Expert remote dba team of Dbametrix offers ultimate remote dba work with high availability and lowest cost remote plans.